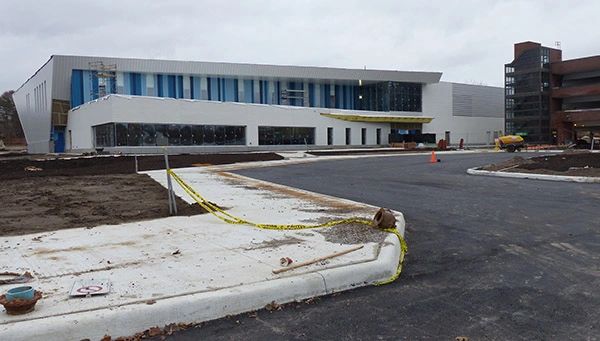 The new community centre and adjoining park, under construction on Reynolds near MacDonald, is growing apace. It is on schedule for opening in the Fall 2020.  Council has officially named it the Oakville Trafalgar Community Centre. Until recently it had been referred to as the Southeast Community Centre. The new name recognizes the legacy of the former Oakville Trafalgar Memorial Hospital which sat on this site and which played such an important role in our community.  The new Centre will include a 25m pool, small warm-water pool, fitness centre, double gym, running track and multi-purpose rooms.  Learn more here.